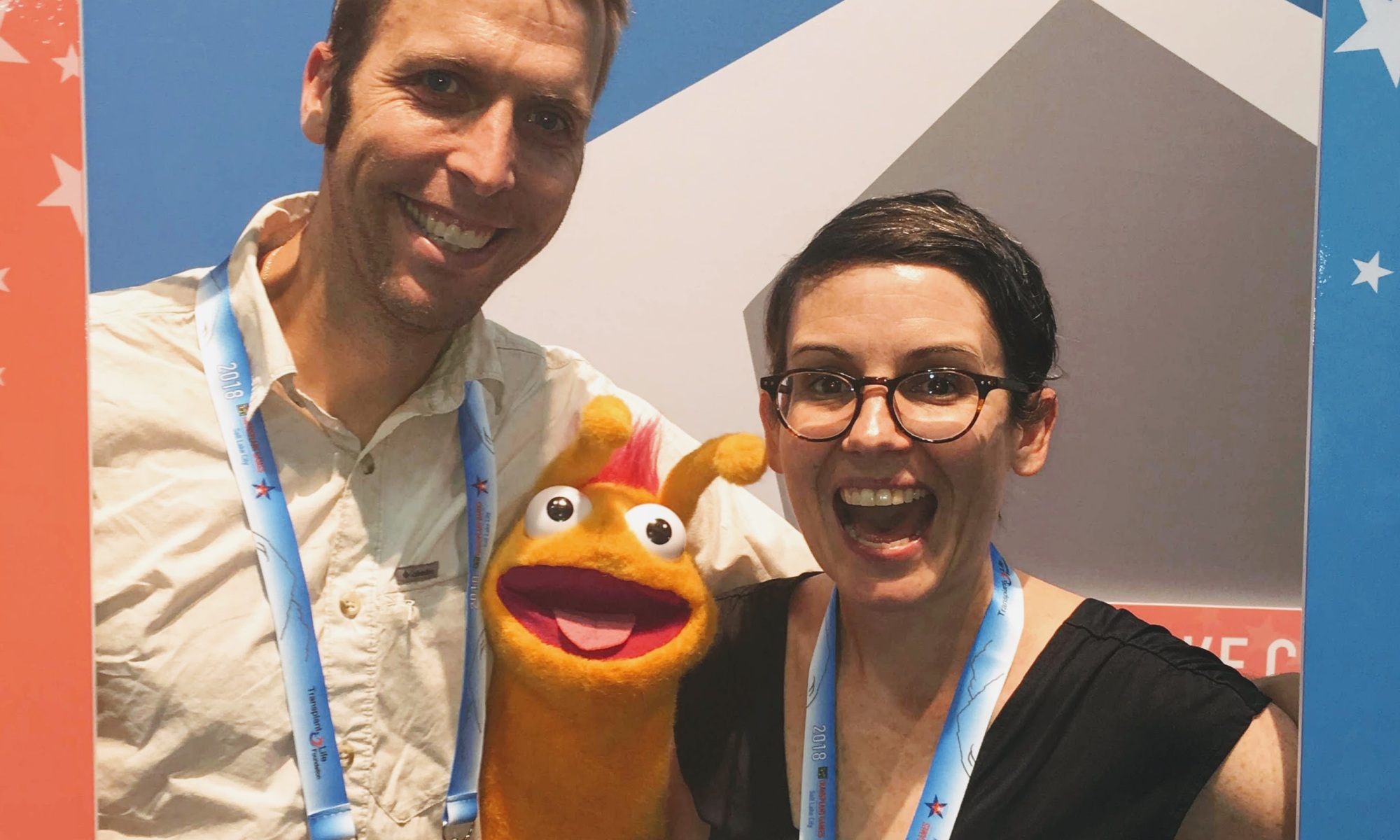 There’s a part of me that’s grateful the Transplant Games of America happen every other year. It’s the part of me that gets real wound up about competing, the part that makes my legs shake when I step up onto the starting block at the pool, the part that tries, unsuccessfully, to not cry every time the crowd roars for a competitor who is giving it their all. I worry if I don’t hold them back I will turn into a puddle of tears, proud and inspired and utterly overwhelmed by this community of people who have reached out for life and embraced it after facing death head on.

Another part of me wishes it happened every year so I could get on a functional training schedule instead of waiting until the last minute to log hours at the track and the pool. (That’s just a fantasy though, I know in my heart I will always be a procrastinator, it’s high time I learned to accept my proclivity to delay.) I do wish I could see the friends we’ve made more often and even train with them. We joked this year about getting together before the 2020 games and training at altitude, renting time at the Olympic Training Center in Colorado so we can boost our hemoglobin. There was some truth to our joking. How can we further prove that life after transplant surgery is as amazing and normal as we say it is, that giving the gift of life through organ donation not only saves lives but improves them? The Transplant Games are exhausting physically and mentally because we are competing not only for ourselves, but also for the donor families. For organ and tissue recipients, it’s a chance to show those families the gift their loved ones gave live on in others. For living donors it’s a chance to show everyone the benefit of giving a part of yourself to help someone else, while continuing to thrive.

[Derek’s comments are italicized] I had my yearly checkup with the transplant surgeon (a life-long runner) immediately before the trip and asked him for some running tips. Instead of offering pacing tips, race strategy, HGH, or EPO, he wanted to make sure I was remembering to enjoy running, no matter the pace. I put in a lot of miles, and felt like I was in better shape going into Salt Lake City than the previous Transplant Games, but I was second guessing everything about my abilities going into the weekend.

Our arrival into Salt Lake City, and the emotional thunderdome that is TGA, was delayed due to weather, so we paid for a very expensive nap at a Hilton a few miles from O’Hare and hopped on an early flight to Utah the next morning.

I wanted to make sure we arrived on Thursday so I could swim a few laps at the pool and hopefully shake out some of the bees buzzing in my gut. Derek agreed and wanted a few days to acclimate to the 4,000 foot increase in elevation. We dropped our stuff off at our very cute Airbnb and found a breakfast spot around the corner.

View from our balcony. 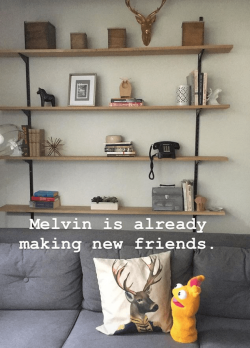 Fed and caffeinated we walked over to the Salt Palace Convention Center to register, but we were an hour early. We wandered back at noon to find a multi-rowed line that stretched around the corner and down the hall, so we bailed and headed to the pool.

Derek ran the park outside the pool while I swam.

Running the day after a plane ride and with almost no sleep is hard on the legs. I ran some laps around the park mid-day in 80 degree heat. Maybe not the smartest decision, but I wanted to make sure I could clear the travel cobwebs as early as possible. The run felt pretty good until the sun came out, and that’s when I stopped running. I was excited to see Logan swim, so I quickly changed and went inside. A big mistake. Going from 5% humidity outside to 95% humidity in the natatorium will get you sweating in a hot second. I quickly soaked through all my clothes and went outside to dry off – which took another hot second.

After a long warm-up and about 20 minutes of trying to dial in my breaststroke turn, I could feel my body start to crash from lack of sleep and a dire need for fuel.  I made my way to the locker room where I met a woman who recently received a heart transplant and was attending her first Transplant Games. She drove to town from New York a week early so she could spend every day in the pool. Her first few days were panic filled, hyperventilating on the edge of the pool, trying to calm her frayed nerves, convincing herself she could do this, she was doing this. After a few days she was zen, feeling the water flow against her body, her new heart and old lungs and arms and legs working in tandem to propel her forward.

Her donor was a young man who climbed a ladder, lost his footing and fell. He had been healthy and vibrant and when the doctors told his father there was no longer brain function he immediately asked if there were people who needed what his son could no longer use. He donated every viable organ in his body, along with his corneas, tissue, and bone. My new friend received his heart and when she met his family they told her their son, their brother, their friend, was an artist. She smiled and told them she was an artist too. He made hats, they said. Her eyes filled with tears as she laughed and told them they must be joking. No, no, it’s no joke, he was a hat maker. This woman who needed a heart, who years ago received her masters degree in millinery arts–hat making–received a heart from a man who also made hats. What are the chances, she asked me. I didn’t have an answer for her. Every transplant story has a turn, a moment when you think, what are the chances?

I met Derek outside the pool and we went to Whole Foods and ate a late lunch (I treated myself to a peanut butter cookie dessert) and bought provisions for later. Peanut butter, jam, bread, bananas, avocados, watermelon, granola, cereal. We both felt like zombies and when we got back to our Airbnb we collapsed in a heap on the bed. Later we would eat Thai take-out and stare at the TV for a little while before going to bed early, our bodies dictating what was needed.

We forgot to sneak a Melvin sticker onto this collage at the Thai place. 😦

On Friday morning we ate granola and cereal and headed back to the convention center to register. This time there was no line and after we checked in we watched a little bit of the ballroom dancing competition and people warming up for the table tennis events. We signed a giant wall and had our picture taken.

Our friends at the Chris Klug Foundation had a booth and it was nice to catch up with Lauren who we mostly talk to via email.

Day 2 of Transplant Games has kicked off and we were able to catch up with many of our @vanswarpedtour volunteers, including Melvin here (with Derek and Logan)! We registered about 200 (still counting) new organ donors on the tour this summer!

After lunch and another quick nap for Derek, we met up with Team New England for a social and photo op before heading to the opening ceremonies.

This is the one opportunity to meet all of our team mates on Team New England, everyone is pretty spread out once the games are underway. We met two first time Transplant Game team members: Sheree, who received a liver transplant after being diagnosed with PSC, and Tom, a double lung recipient who is now on dialysis and needs a kidney transplant due to the immunosuppressants he’s been taking. Both are inspiring team members and I was very happy to meet them!

The opening ceremonies are great, but also way too long and I spent too much time strategizing how they could have been better. (Having a bunch of transplant recipients sit in the sun for over an hour while they wait to be introduced is not a great plan. Maybe if you’re running over time skip the 10 minute speech from a drug company representative? Maybe?) But there were amazing parts as well. The super enthusiastic marching band who laid down their instruments in order to cheer and dance as each team was introduced. 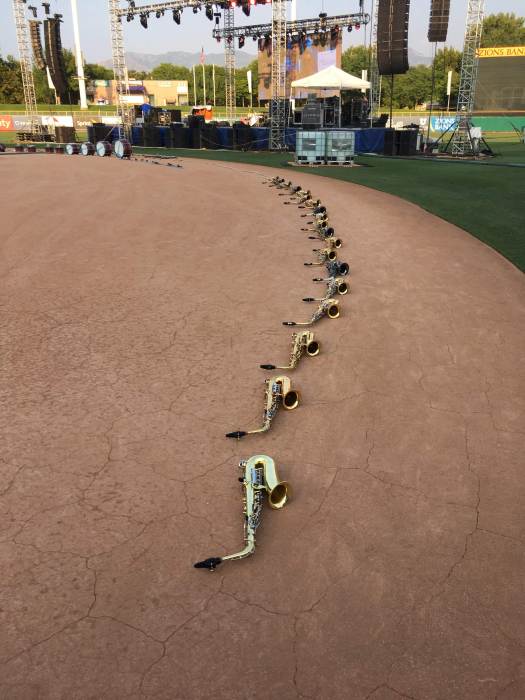 The prolonged standing ovation as 400 donor family members filed into the stadium was overwhelming. Many held large signs and photographs of their loved ones smiling out at all of us, while a stadium filled with thousands of organ and tissue recipients and living donors clapped and sobbed, so grateful for the gifts these families have given.

A post shared by Chris Klug Foundation (@chrisklugfoundation) on Aug 3, 2018 at 6:50pm PDT

A Utah based band, The Moth and the Flame, performed before the cauldron was lit. One of their band members gave a kidney to a music industry friend and both were honored in a video tribute before the set began.

One year ago today the two of us became blood brothers. Can't believe it's already been a year. Love you Corey @velourlive 📷 @matteastin

As much as we loved hearing them sing, we were exhausted and left early to try and prep for our big Saturday. Part 2 of the recap is coming your way tomorrow!