After hiking the Franconia Ridge Trail a few weeks ago, I have been looking at longer hikes in the White Mountains to get more miles and build up more hiking endurance. On Monday and again on Wednesday, I ran 5 miles at ~8:20/mi pace and I could still feel some residual soreness before my hike Friday.

Even with soreness going into the day, I opted for the Wildcat Ridge Trail, which traverses up the 5 peaks (A through E) and is known as a “steep rocky hike.” My original plan was a little loose: either up and back to Wildcat A (9 miles, 3400′) or continuing on to Carter Mountain, and then returning the same way for ~12 miles (5000′?). It’s a grueling hike. Following the ascent, the Wildcat-to-Carter section is a quick 1000′ downhill followed by a steep hike up Carter mountain, just to turn around and hike the down-up to Wildcat and head back out.

I deviated from both plans. I got a late start (10AM) and parked at Glen Ellis Falls, crossed the road and started the ascent on the Wildcat Mountain Ridge, which is part of the Appalachian Trail. This section of trail was immediately an uphill grind. I had poles, but ended up carrying them in one hand instead of using them to hike. The AMC White Mountain Guidebook calls the Wildcat Ridge Trail steep and says it’s deceptively slow due to the rocky ascent. They weren’t kidding. Sections of the trail had 4×4 pieces of wood that were anchored into rock to provide steps since the granite provided no grip. This was additionally tricky because of the morning rain. This is definitely not a trail I would entertain in the winter – ice, rocks, and hiking don’t mix. Actually, thinking back on it, it’s not a trail I would like to do again in any kind of weather.

After around 2000′ vertical, I reached the intial mountain (Wildcat E) peak, and had a good view out to Mount Washington from the top of the Wildcat Ski resort. The rain clouds from the early morning were on their way out and the nice puffy cumulus clouds were hanging around the mountain peaks. I took a few pictures and slogged on. At this point it occurred to me how awful the descent down all those rocks were going to be at the end of the day. Hiking on, there were a few cols between the peaks of the mountains, providing additional opportunity to practice going up and down rocks. Somewhere in this section I passed two other hikers and I heard one ask the other: “Thru hiker?” And then a quick response of: “No”. I laughed at the thought of my day pack and relatively clean-shaven look being confused for someone who was on an end-to-end trek of the Appalachian Trail.

After almost 4 hours, I made it to the final Wildcat mountain (Wildcat A) and had climbed 3400′. I took time to eat a late lunch, and declared the view the best of the White Mountains so far. Some hikers really enjoy the Franconia Ridge Trail and corresponding views, but looking off the backside of Wildcat A was superior. It’s a partially limited view, but includes a very steep decline, with Carter Mountain on the opposite side of the notch. At the base of the notch resides the Carter Hut and a lake. I had a feeling like I really was standing on top of the world, with Carter Hut below my feet, and Carter Mountain and the untouched mountains to the South at my fingertips.

At this point, I was left with a decision: hike the 3-4 hours back the way I came over the rocks and down the steep sections or continue down the AT and out the 19 Mile River Trail to the road and traverse the 4+ additional miles on the road back to the car. Hiking up Carter Mountain was out of the question. Although it was only 2pm, I started getting concerned about getting home at a reasonable time. I decided on hiking down the AT, followed by a hike out the 19 Mile River Trail for a few reasons:

And so I continued down, down, down. The remaining hike was uneventful. It was a peaceful hike along the river down to the road. After the 9 mile hike, I continued the last 4+ miles back to the car, passing the Mount Washington Auto Road and stopping for a brief moment at the Pinkham Notch Visitor Center to rest my weary legs. I finally made it back to the car after 7 hours and a few minutes. Total distance: 13+ miles (I think), and 3800+ vertical feet. Although the road was extremely boring, I’m certain I made the right choice on the hike down. 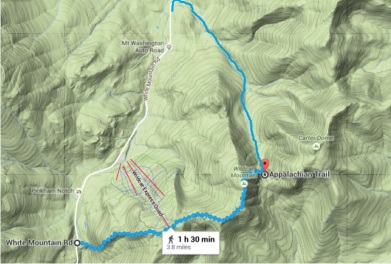 Topographical Map of the route. Google Maps underestimates the time and distance

Part of the AT. Wildcat Ski Mountain

Cater Mountain. At the base is a hut 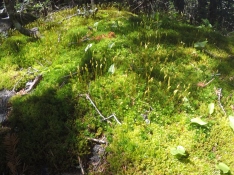 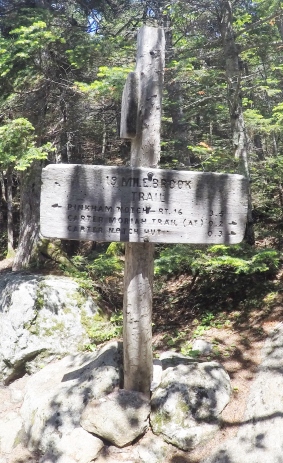 Signs on the hike out are good 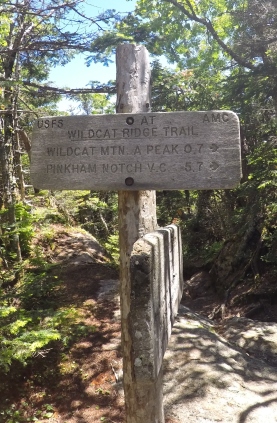 Saturday and Sunday, my legs were very, very tired. My glutes were still sore, and I started feeling shin splints. This hike was brutal – I was surprised that I have more sore muscles after this hike than I did after the 9-ish mile Franconia Ridge Trail. Or, maybe it’s the same, but time heals all wounds.

Transplant Games of AmericaJuly 17th, 2020
Oh my goodness. We have less than two years to train!