This has an Old Town Route 66 Root Beer Logo, which is very different than Route 66 Soda (http://www.route66sodas.com/). The website listed on the label is oldtownrootbeer.com, which doesn’t exist, although oldtownrootbeer.net does exist. The store is in Temecula, CA. 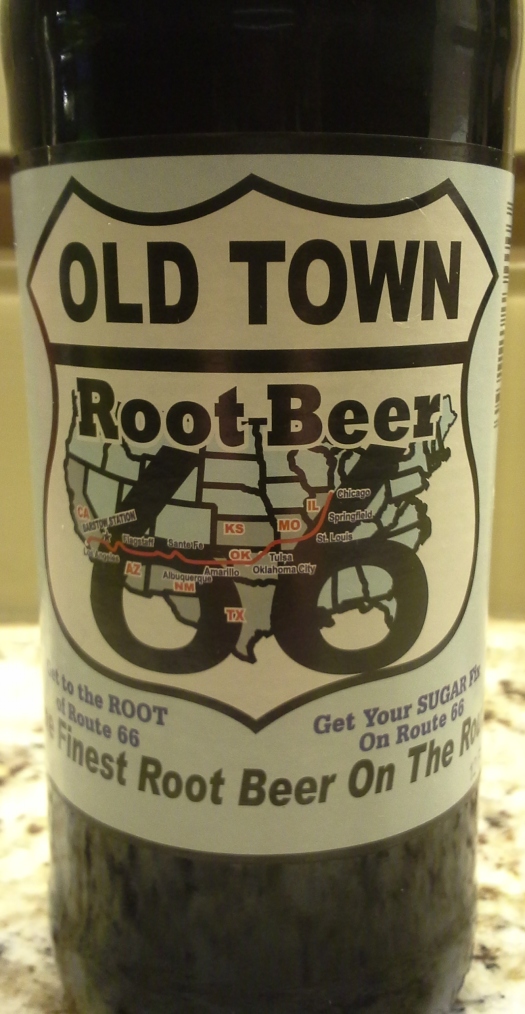 I like this root beer. It would be hard to find and buy this root beer again, since it seems only to be made at this one place. My first few sips were bubbly, and like tasting licorice jelly beans with a little afterkick. There was some bubbliness, but not offputting. After letting it sit for a little while, it became a little more syrupy and sweet. The carbonation disappeared and was a nice smooth flavor. There are some other notes, but I’m not able to place them. I would stop by and buy another root beer if I were in the Temecula area.

Here are the rankings with notes of Wintergreen (W), Licorice (L), or Other (O):