Tuesday night, as Derek mentioned, I was doing some late night election coverage for NHPR. My job as producer was to take photos of the campaign headquarters and the candidates, make sure I knew where my reporter was in case NHPR HQ needed him to go on air, and look busy. I have some new insight into what journalists and photojournalists go through to get stories and photos out to people quickly. We left the campaign headquarters around midnight, and I was happy to go home, but Sam had to go back to NHPR to file his stories, which kept him there until 4am. I would have been babbling incoherently at that point. I have so much respect for the NHPR reporters.

Even as a rookie and a novice photographer, I was able to get a few decent photos and was pleased they were able to use a couple on the NHPR website. Here are a few more I took throughout the night.

The view from my computer and the ISDN. 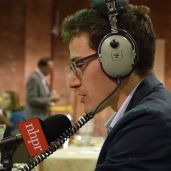 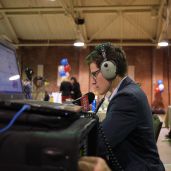 Sam and I are serious.

Lots of cameras, lots of standing around. 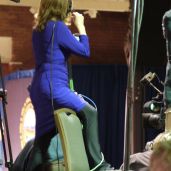 This reporter fascinated me. She did her whole broadcast standing like that. 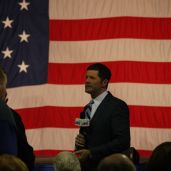 I really liked taking photos of reporters waiting to go on air. So glad I work in radio. 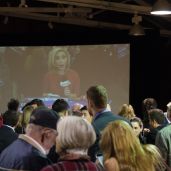 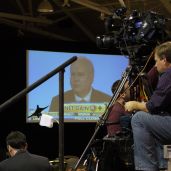 People huddled around the TVs all night. 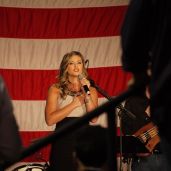 Lots of young supporters milling about. 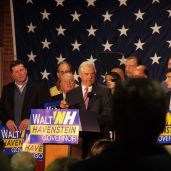 My strategy was to sneak behind all the TV cameras and take shots through chair legs. 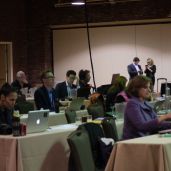 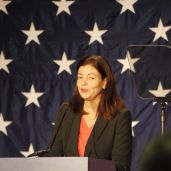 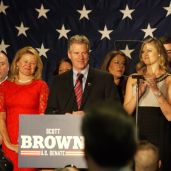 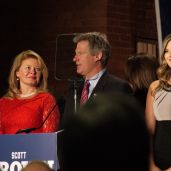 I don’t think anyone used the teleprompter but I liked that it kept framing people’s faces.