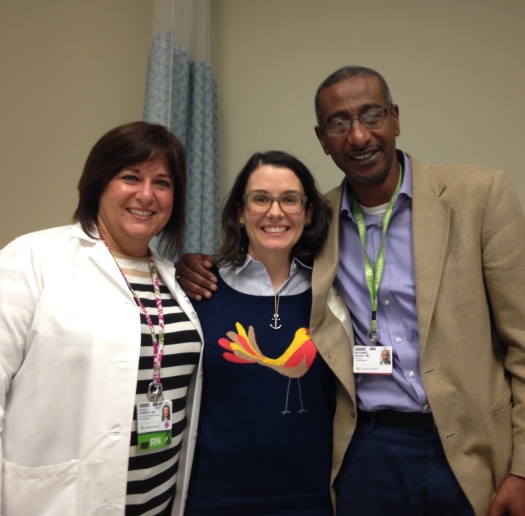 Last Friday, Derek and I both had appointments at Lahey. I met with my surgeon for my 6 month check in and filled out some surveys for the study I’m a part of. This appointment was not critical, the final one will happen in April, so I asked Derek to take my photo with my surgeon–to my left–and the nurse who assisted in my surgery on her last day before becoming the new living donor coordinator–on my right.

Whenever we see each other we both get a little giddy. I’m not sure why I feel such a strong connection to him, maybe because he has intimate knowledge of my internal organs, maybe because the last thing I remember before surgery was his hand holding mine, and the first thing I remember when I woke up was seeing him standing next to my mom, still holding my hand. I’m pretty sure he let go to perform the surgery, but I wouldn’t be surprised if after the surgery was over, he picked it right back up again.

There was a recent article in Pacific Standard, Is the Quest to Build a Kinder, Gentler Surgeon Misguided? and I brought the subject up to my surgeon during the appointment. He told me that when he was a fellow, many of the doctors he worked with were frightening. “They were soooo scary! I never wanted to talk to them.” Would you rather have a highly competent surgeon who is a complete jerk, or a nice surgeon who isn’t that great with a knife? I’ll take the highly competent one over the nice one any day if I have to choose, but I think there’s room for both. I have no doubt that my surgeon is extremely good at what he does, but I can also say that I think he cares very deeply for his patients and is kind and thoughtful.

I wanted to share this photo with all of you, because every time I look at it I smile.

OK! Now for some stuff I saw on the internet when I should have been doing homework. 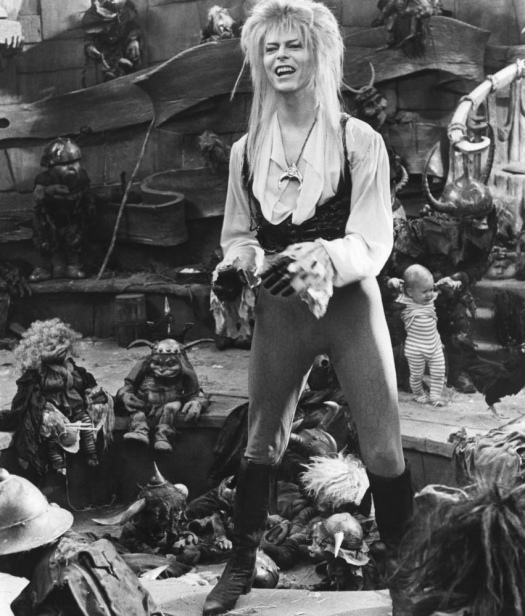 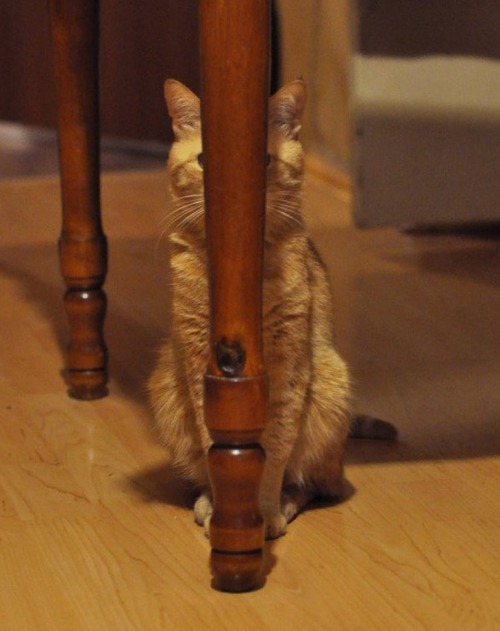 3. The Secrets of Cell Development

I will never stop being amazed by the human body:

“Amazingly, all the cells in our body have exactly the same DNA and yet still manage to be completely different and carry out different jobs, from pumping our hearts to fighting off infections!” They didn’t mention the liver, but man, liver cells are BAD ASS!

We got this weird promotional set of mustaches at work and we’ve taken to putting them on book covers and then putting photographs of the mustachioed books on the Word of Mouth tumblr: 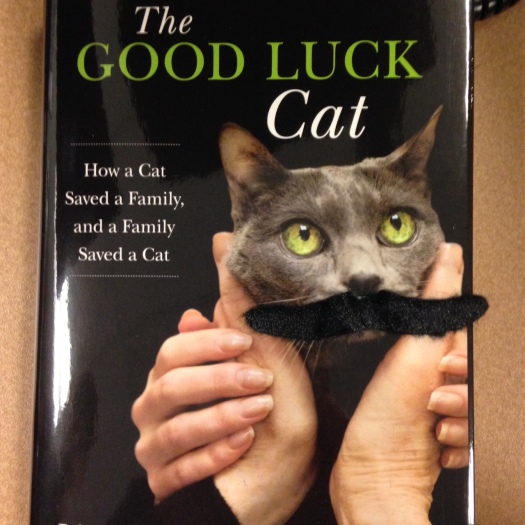 But then sometimes certain photos, ones that were crying out for a mustache, were really small, so I cut down one of the mustaches:

It’s been a great week, have nice weekend!