At the peak of Jefferson, I met a carefree hiker. He had hiking poles, some short shorts, and obviously was enjoying his time in the mountains. I had my map out trying to determine which of the two peaks was the real peak, and he offered some help with directions. I told him I was just on my way down the Cap Ridge Trail. He said he had crested Mt. Adams, and may return if it clears up. He said he parked at Appalachia, and I tried making some hiking small talk.

I learned he obviously didn’t have a care in the world and it didn’t matter how far he was going to hike, or where he was going.  As he turned away to continue on his hike in the direction of Mt. Washington, I heard “It’s a good day to be alive.” And indeed it was. 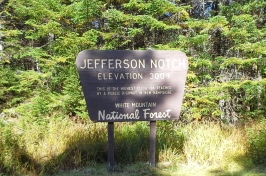 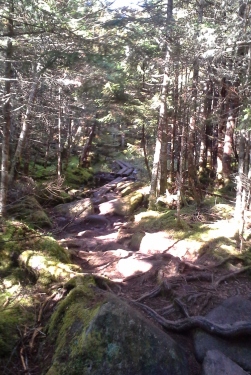 Trail is to the left up the rocks

Almost to the top, more rock-hopping

Mt. Washington is a stone’s throw away

Now it’s my turn to share photos! On Saturday we walked downtown for lunch and after we got back home, I took a 30 minute nap that turned into two hours because apparently I don’t know how to nap. We grilled some food since the entire weekend was in the mid-80s and it seemed like the right thing to do. On Sunday we went for a hike on Mt. Kearsarge. There are a couple of options available for getting to the top and we chose to go up the short-ish steep way, and come down the long-ish flatter way. 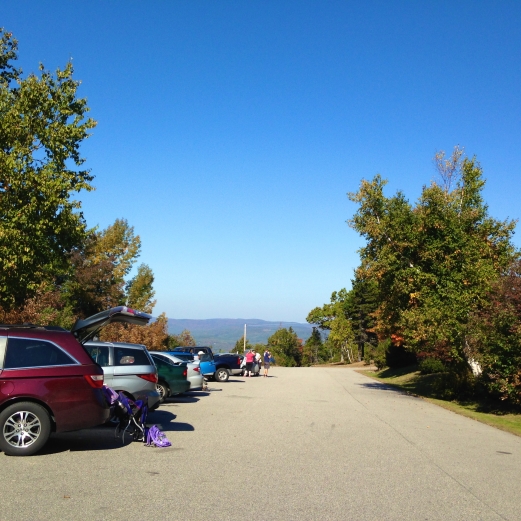 The view is nice even from the parking lot!

Hanging out in some dappled sunlight 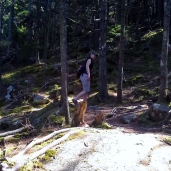 Almost to the top and there’s a super nice view. 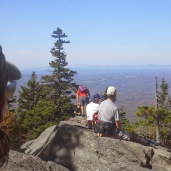 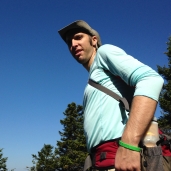 At the top of the fire tower. 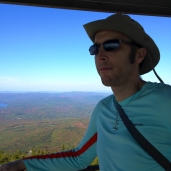 A view of the true peak from the fire tower.

Tibetan peace flags behind us. 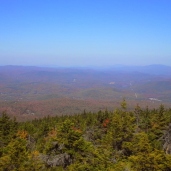 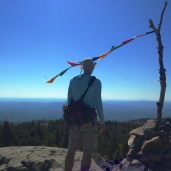 I fell pretty hard on a slick patch of rocks.

Another mid way look out on the way down. The leaves are really starting to turn. 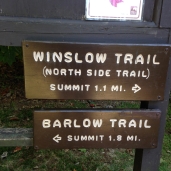 We went up Winslow and down Barlow.