Our friend Jim Dowd is racing for a great cause this August: The Chris Klug Foundation. Here’s a link to his fundraising page and keep reading for all the details!

Somewhere in the neighborhood of 14 years ago, I met our good friends Jim and Sandi. Our mutual friends, Bruce and Mike introduced me to them and we’ve all been friends ever since. I remember thinking more than once in those early days that I wished I could be as fabulous as Sandi, and that I would someday find an amazing man like Jim. In 2006, I was with Jim and Sandi in Cambridge, MA when Derek called to ask me on our first date. I eventually introduced them both to Derek–I think that’s when Derek’s nickname Sheet Rock was born–and Derek developed a massive man crush on Jim, and really, who could blame him?

During the past few years we’ve had the pleasure of cheering Jim on in his many athletic endeavors: 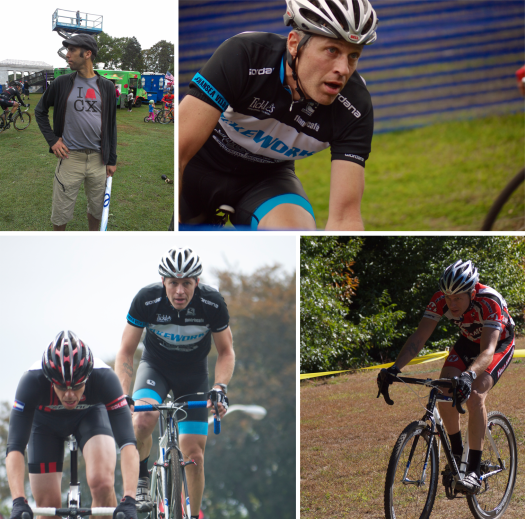 We hope you’ll consider supporting Jim as he rides on behalf of the Chris Klug Foundation at the Leadville 100. I’ll stop rambling and let Jim talk!

On August 9th, I will race the Leadville Trail 100 mountain bike race in support of the Chris Klug Foundation. It’s been a long time personal goal of mine to race the Leadville 100, but more than that, it’s an opportunity to contribute to something bigger than myself. This will be the most difficult race I have ever entered.

The out and back course starts in Leadville, Colorado at 10,000 feet and climbs to a high point of over 12,000 feet at the Columbine Mine turn around point. Total elevation gain is over 12,500 feet of climbing. It will take ten hours to finish. There will be times in the race when I will want to quit. Knowing what Derek and Logan have been through in the past months will give me strength to press on. Knowing that I am in some small way helping people in their situation will be my motivation.

Leadville is a challenge that will require months of training and preparation but it is nothing in comparison to the sacrifice and dedication exhibited by the people I’m riding to support.  I’m honored and grateful for the opportunity to race Leadville and to help raise awareness and funds for such a worthy cause. Contributions to my fundraiser go to promoting lifesaving organ and tissue donation and improving the quality of life for those touched by organ donation.

The Chris Klug Foundation’s programs reach tens of thousands of young people each year, equipping them with facts about organ donation so they can make educated decisions.  Last year’s CKF team raised over $40,000 thanks to wonderful supporters like you! The goal is to raise $50,000 this year which will be used to continue our nationwide donor education programs that save lives by increasing awareness about organ & tissue donation.

Please click below to go to Jim’s donation page. Go Jim! We’re so proud of you!

2 Replies to “Support Organ Donation From the Comfort of Your Sofa!”